Most bands today last a few years, put out an album or two and are gone before you know it. Yet after 40 years as a band X still plays on. Saturday night the original lineup of singer Exene Cervenka, bassist and singer John Doe, guitarist Billy Zoom and drummer D.J. Bonebrake took stage at Delmar Hall.

When most people think late 70’s punk they think of either the New York scene or London scene. Most people don’t realize that California also had a prolific punk scene, X being one of those bands, though the California Scene never became as  mainstream as New York and London, they still went on to influence bands for generations to come. One of those bands was opening act Skating Polly. 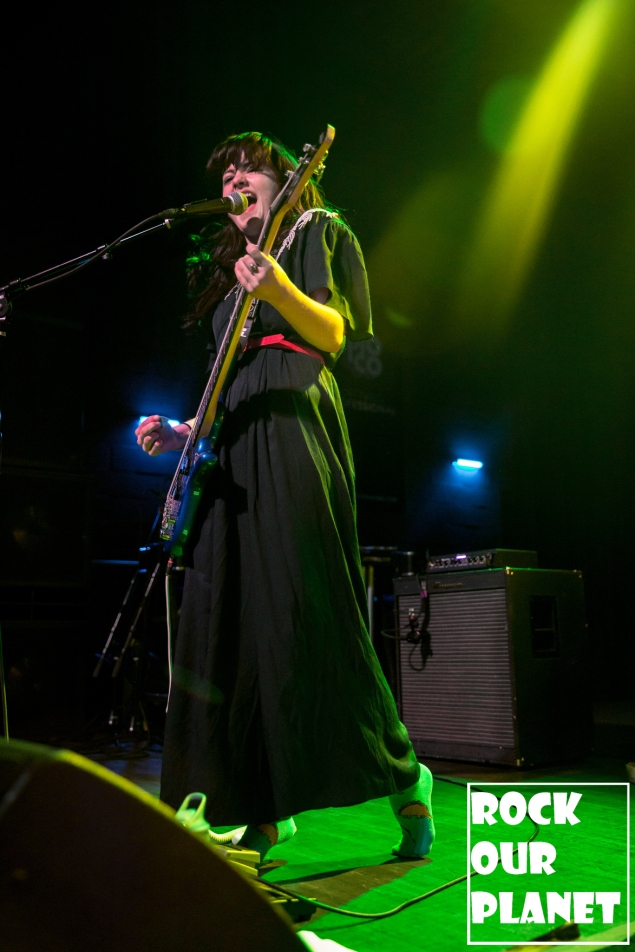 I have been listening to Skating Polly for a few years now. I found out about them while streaming music one night and Alabama Movies came on.  At first I thought that they were a 90’s band that I had missed out on while in High School but upon doing some research I  found out that Fuzz Steilacoom had just been released earlier in the year. For years the band consisted of sister duo Kelli Mayo and Peyton Bighorse. Recently though Kurtis Mayo, the girls’ brother,  joined the band and has given them a fuller sound. The song that stood out for me from their set was Hail Mary, off their new EP New Trick. The band worked with Veruca Salt‘s Louise Post and Nina Gordon on the 3 song EP.  The band closed their set with Alabama Movies, Peyton took over drums and Kurtis took guitar.  They will be back in St. Louis on May 24th with Bruiser Queen @ The Ready Room.

After a brief set change X came on stage. The band opened with the rockabilly number Beyond and Back and then into In This House That I Call Home, both off of 1981’s Wild Gift. Even though John Doe and Exene are no longer a couple they still have that great harmony that they are known for. Billy Zoom has returned to the lineup after taking a medical leave. Zoom stayed seated most the night with a few exceptions like when he played saxophone during Come Back to Me. Fans really started to get into it when the band started to play a stretch of songs off of their debut album .The band finished the night with a three song encore. Whether you were young or old it was definitely a great night to be a music fan.

Got something to say? Go for it!